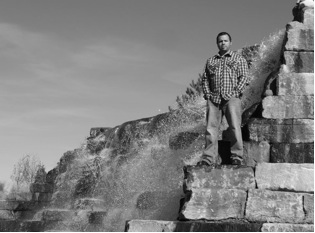 As a child I had always attended church with my parents. It was a requirement growing up in our home. But rarely did I ever take anything away from those early Sunday mornings, other than I was missing Sunday morning wrestling. It really wasn’t until the age of 15 that I truly began to recognize and understand God. While attending Camp Windermere I really began to not just hear, but feel God’s calling. And so, on a hot Thursday night in August alongside my youth minister Gerald Small, I surrendered my life to Christ. I remember the feeling of warmth that rushed over my body when I let my guard down and asked the Lord into my life.

I could sit here and tell you that my life has been perfect since becoming a Christian, but that would simply be nothing but a lie. After my parents separated and eventually divorced, my life choices began to get worse and worse to the point that I could feel myself drifting away from God. It’s funny how one minute you can be on your knees asking Christ into your life and the next minute you are in a court room with the two people who said that they would love, care and protect you now saying that they can’t stand one another and want a divorce. Suddenly, the feeling of warmth had changed to a feeling of cold and emptiness.

After my parents divorce, I filled the emptiness with alcohol. I liked alcohol because it allowed me to just forget all of the bad. However, the alcohol brought on a whole new set of problems. I began to miss school. I began to get in fights on a pretty frequent basis, which led to being suspended from school and would eventually lead to me being expelled and bouncing from school to school and struggling to eventually graduate.

Upon graduation, I had a tough decision to make. Either attend college or make a decision that I knew would strike pain directly into the hearts of the very people that I felt had failed me years before. I chose to pass on college and enter into the United States Marine Corps. In my attempt to hurt my parents for their divorce, my decision would ultimately only hurt me as I got more than I bargained for while in the military.

As I left the military, I met my wife Jennifer and we began to start a life together. But as our life together began, many of my past demons began to surface again. I began to turn back to alcohol whenever trouble arose. Once again, I had put myself in tough situations because of bad decisions that I had made. I bounced from job to job, struggling to keep a place to live and often times donating plasma twice a week just to have enough money to eat. On the verge of eviction, electricity being shut off, no food and losing another job, I closed myself in the bathroom with a bottle of liquor and a bottle of pills. I wanted the warmth I had felt several years before when I gave my life to Christ, but I felt so empty and cold. I just wanted the pain to go away.

That night, my wife felt led to come by my apartment to check on me. She felt something wasn’t right. When she arrived, she found me on the bathroom floor and rushed me to the ER. While I lay on the table in the ER, I felt the warmth that I had been longing to feel again for so long. I knew that God had never left me, but that I had strayed from Him. I knew from that point going forward that things in my life must change! Instead of living for myself, I must instead live for God. It was yet another reminder that I can not lead my life alone – I need the help of my Savior, Jesus Christ.

It was with a renewed sense of faith in God that Jennifer and I began our life. A life with this foundation has given us four beautiful children who have also built a firm foundation upon Christ. As a family, we know that life can be inconsistent and so we chose to remain focused on things we can control – like our faith – and we strived to stay consistent in it each and every day.

But never had my family’s faith been tested quite like it was on December 31, 2011.

On New Year’s Eve 2011, we lost our home and everything that we owned in a devastating fire. My faith had never been tested like it was on this day. I remember crying out to God and asking “Why us, why me, what did we do to deserve this?” I had a choice to make. Either turn away from God in anger or simply thank Him for keeping my family safe and see what lay ahead. On the one hand I was angry, but I was also very thankful that my family was safe and unharmed. 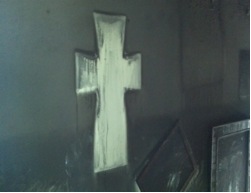 After the fire had been extinguished, I remember walking through our home with the fire marshal and his words hit just as hard today as they did two years ago. He told me, “Fires such as this, we always are pulling families out in body bags. People just do not survive this type of fire, and it’s a miracle you all survived.” As we walked down the hallway, some pictures fell off the wall, hit the floor and shattered, but what was left behind on the wall reminded me that this was no miracle and caused my faith to strengthen.

How could I turn from a God that had just spared my entire family? I could not. This event in my life would only stand to strengthen my relationship with God and lead me to draw closer to Him.

Several months after the fire, I was presented with an opportunity to travel to Haiti and complete mission work at several orphanages throughout Haiti. This presented a very difficult decision for me. I felt conflicted about leaving my family after the fire to travel thousands of miles away to help a bunch of children I had no connection to. As the deadline for the trip approached, I could feel God pulling and leading me towards this mission trip. 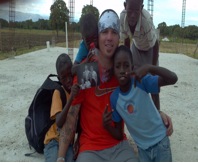 With the support of my family and my church, I traveled to Haiti. This trip served as a life changing event for me! It has driven me to lead a life of mentoring youth and to take an annual trip to Haiti to continue what I began.

All these years I have been worried about having a nice house, nice cars, nice clothing, taking great vacations and just getting cool stuff. Yet here I was face to face with people, who much like me, had lost everything.

That’s when I got it.

All these years I had been spending so much time worrying about material things instead of the thing that truly matters – my faith in God. Losing everything has a way of challenging you into becoming a better person. Because of our fire I am a better person, a better husband and a better father.