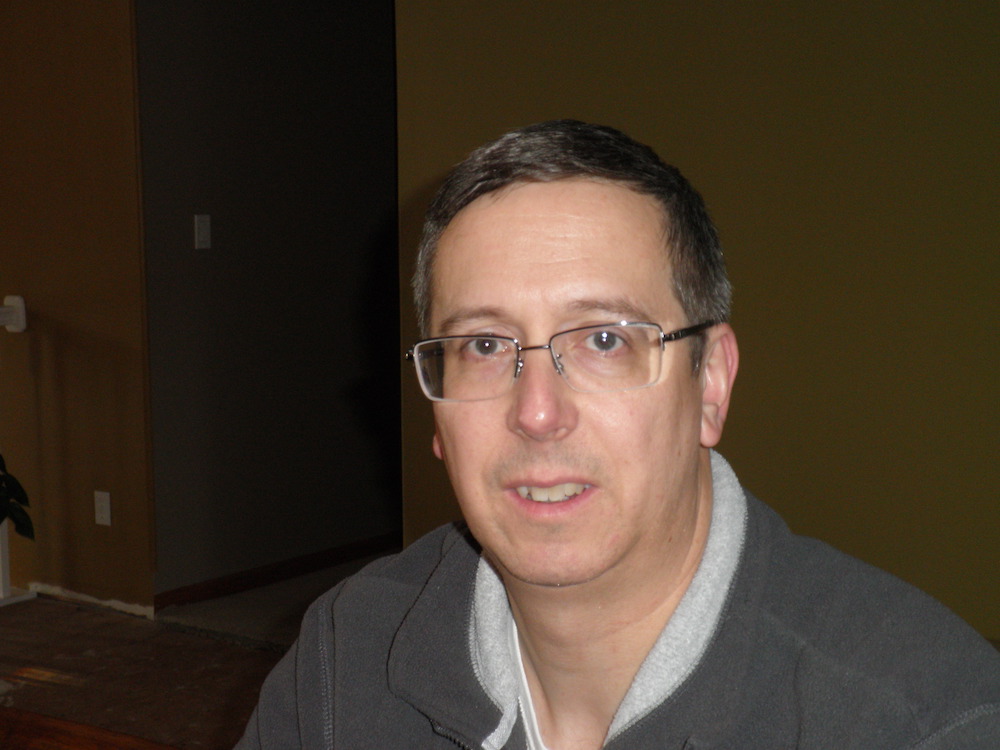 (written by John Wyman, member & pastor of Fellowship of Grace)

I grew up outside of Boston in the 1970s and 1980s. Although I haven’t lived there for over 25 years, there are some things I remember clearly. One thing I can remember was you wouldn’t just identify yourself by what town you were from, but also what church you went to in your neighborhood. For me, it was St Jerome’s. I can remember going to Sunday school, although we called it CCD and it was on Saturday morning. I can remember going through the ordinances of first communion and confirmation. I can remember going to church for probably 6-8 years while I was in grade school and middle school. But as I look back on it now, the biggest thing that sticks out in my mind is through all those years, I don’t ever remember hearing about having a personal relationship with Jesus Christ. I can remember a lot of other things I heard and learned in church but I can’t remember a single time where I heard or had a discussion about the fact that I could and I should pursue a close, personal, loving relationship with my Lord and Savior.

As I moved into my teen years, I simply stopped attending church. Although I knew I was searching for contentment in my life, I just wasn’t finding it. To be honest, when I stopped attending church, I didn’t feel any differen ... life wasn’t really better but it also wasn’t any worse. As I look back on it, because I never built a relationship with Jesus or with any other attenders, I really didn't lose a relationship when I left. I simply moved on and looked elsewhere for contentment. Unfortunately, I didn’t find it for a very long time.

Along the way I graduated from college, spent 20 years in the Army, was married and divorced, became a single parent, had people come into my life, and allowed them to leave my life. While I was in the Army, I moved nine times and spent a year or more overseas five different times. As a young teenager or as an adult, I never learned to build relationships and I never learned to maintain them. But the amazing thing about God is He can take a deficiency like that and turn it completely around. Within 15 months of my 40th birthday, I returned from a year-long deployment to Afghanistan, I moved from Washington State to Kansas, my first wife left, and my mother died. And because I hadn’t built any relationships, I had nothing and no one to lean back on when I was brought low. But this was also where I stopped searching.

I didn’t know it then, but God had been ordering and arranging the things that led me back to Him. As the single parent of a high school freshman, I would take my son to the gym after dinner between football and track seasons to lift weights and work on conditioning. In an otherwise routine conversation with one of the trainers I knew, she offered to put me in contact with a dietician she knew named D, thinking it would help in his strength and conditioning. As D was teaching me how to better feed a growing teenager, she began to share her faith in Christ with me. As I asked more questions, D recommended I talk to a friend of hers from Texas. It was during a long distance phone call between Kansas and Texas one night that I accepted Jesus Christ as my Lord and Savior.

I can truly say that everything changed for me that night. In a complete turn of attitude from my days at St Jerome’s, I wanted to go to church. I wanted to pray. I wanted to read the Bible. One of the things I had struggled with since I was a teenager was anger. Normal human emotions like confusion, disappointment, or misunderstanding often manifested themselves in anger for me. God began teaching me that anger was a problem and I began turning from it. As I learned about the fruit of the Spirit in Galatians 5:22-23, I began to see a different way. As I learned to ask God to show me when I was wrong and have the courage to admit it, I began to understand how He can guard me and guide me when I allow Him to do so. All this was the result of the relationship He taught me to have with Him. I grew to have a desire to spend time with Him and with others.

As I continued to work with D on nutrition for my son, we also developed a personal relationship that led us to begin dating, become engaged, and be married. In leading me back to Him, God also led me to the wonderful, Godly woman He had chosen to be my wife. In addition to learning how to have a loving relationship with Him, God blessed me by teaching me how to cherish my beautiful wife in a marriage that honors Him. In a great turn of events, her good friend from Texas also became my good friend from Texas and he traveled up to Kansas to officiate our wedding. He remains a great friend and mentor who I keep in contact with at least once a week.

For the first time in my adult life, I have people I can call “friend”. I have honest and true relationships and I’ve learned to tell other men “I love you, brother.” I’m no longer afraid to admit failure, insecurities, and vulnerabilities. But it all started when God taught me to have a relationship with Him first. Everything else flows from my relationship with Him.